Viber has launched a new feature which brings the 800 million users experiencing better privacy. This cross-platform chat app has included the self-destructive messaging feature which allows users to adjust the duration restrictions for till what time your picture or video remains visible for the audience in a conversation and you can schedule the whole conversation for auto-removal.

This feature is canned as “secret chats”, which can be set using a timer and can be displayed only by tapping on the blur image and users in the audience can’t be able to view it after certain duration. In this way, you can make the conversations much sensible by selecting that what it says and what it should exhibit.

The secret messages provide you the ability to choose the pics or videos which you send, to get disappear from the chat and by doing so, you become able to decide that what must and must not be viewed as part of your conversation. For sending the self-destructive image, users can take a photo or video with the help of Viber camera or post any of the stuff from their library.

Once you have shared the media in the conversation, the timer is to be adjusted for how long it will be available to be viewed in chat. As the timer starts and reaches that limit, media will get vanished in a moment. But, the sender will get a notification as the message was sent. Users also are capable of scheduling when they desire to self-destruct the whole chat, and Viber has got the setting which blocks the recipients who take a screen shot of the secret content – only on Android platform.

As the Viber was focusing on making the conversations private, a group of researchers at King Abdullah University of Science and Technology (KAUST) in Saudi Arabia, is figuring out the way to keep the delicate data saved on the smartphones safer before it gets into wrong hands. This group has uncovered the technology which self-destructs the data if the device is lost. When activated, this technology collects the power from phone’s battery, causing it to expand about seven times larger than its real size and explodes within 10 seconds.

This research will make a landmark in the technology of keeping data safe and will bring out many new mechanisms related to self-destruction for maintaining the privacy of your content. 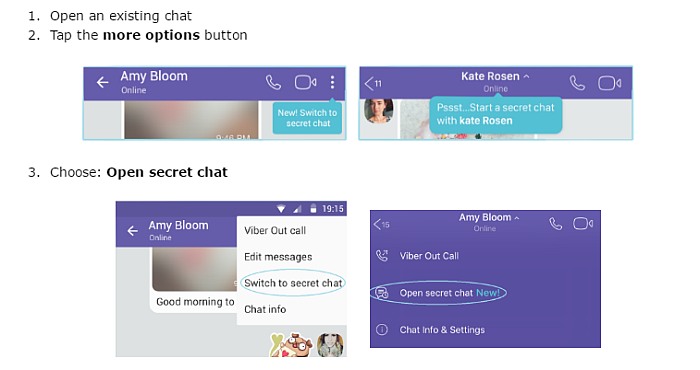