The company that owns messaging app Viber recently announced that they are rolling out and interesting feature for the famous chatting platform. This feature is probably going to create a forum for public conversations that could have no limits.

Although almost every messaging app out there was originally built on the idea of one-to-one chat, with some apps allowing group chats that includes limited number of contacts, the demands detected on the market has been pushing for creating something that is more extensive. Something closer to the old-fashioned messaging boards that was widely popular in the past decades of the internet’s life.

This is why, by the end of last February, Viber announced the launching of the “Viber communities” feature. The announcement was lowkey, but the feature is grand. It opens up public chatting spaces for almost anyone with no minimum or maximum limits to the number of Viber users who can join and participate in those chat spaces. This could lead to a single chat space with 1 billion users who participate in it. Highly unlikely, but still could happen.

This feature is considered to be an extension to another one that was previously launched back in 2016 which is the “Public accounts” that was made available for business and brands to allow different organizations to share exclusive news and broadcast public messages on one-on-one basis with the customer.

While Facebook, the social media giant, offered a similar feature years ago through its public Facebook Groups, the parent company also experimented with a niche-specialized public chat rooms separately when it created an independent app back in 2014 where a user can anonymously create an individual chatroom for a specific topic. Unfortunately, this app was fount to be not the best idea and was killed-off.

In this area, Viber offers on major benefit that Facebook did not, which is the fact that the information that is shown to the users is limited as well as completely hiding the phone number of the users who participate in Viber’s public chat spaces. Only two things are available publicly about you if you decide to join one of those public chat spaces which are your name and your profile photo. Both shared details can easily be changed by the user when he or she desires to. This level of privacy that is driven from anonymity cannot be surly guaranteed with Facebook’s public Messenger chatrooms. 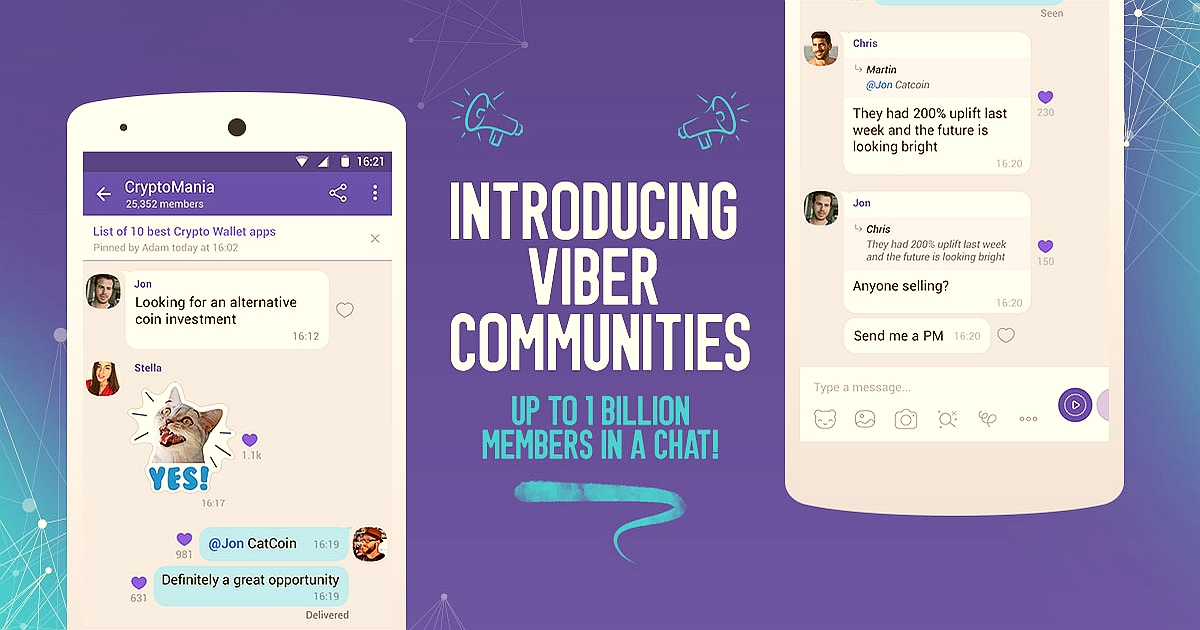